Everybody learns differently, and Flashcards have been proven to be an effective way to prompt your learners' memories using visual or verbal cues.

As the Case study screen already provided you the ability to create flip cards, we thought it made sense to extend on this idea to create a fully formed flashcard maker screen.

Watch the video below to see how you can create your very own flashcards:

What happens to my existing Case study screens?

If you had been using the old Case study screen, you don't have to worry because they'll appear exactly as they do now. If you want to upgrade to the new design, then all you have to do is go in and edit your case study screens.

If you're on one our Premium plans you can now customize the enrollment email that gets sent to new and existing learners when they are enrolled into a course.

This message can be set globally from the workspace settings page by workspace administrators. 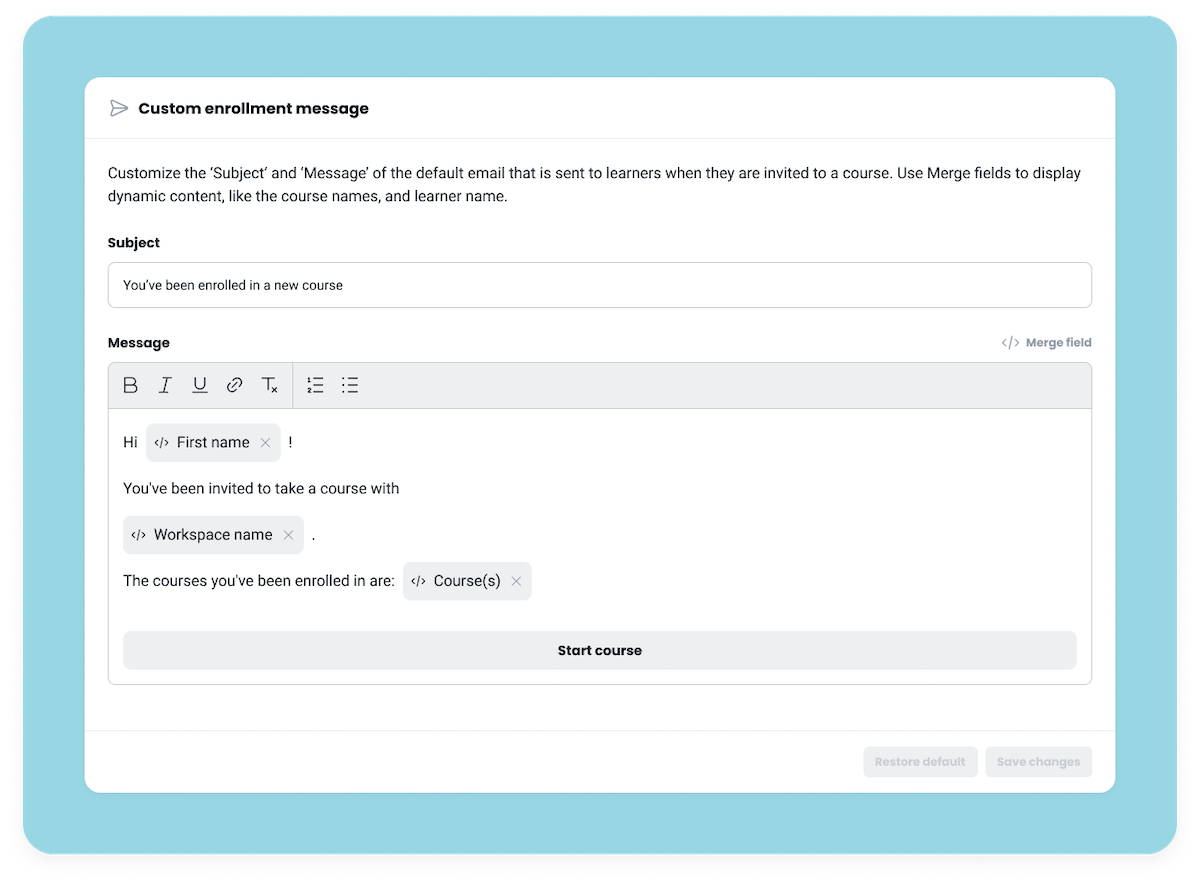 The Match Category screen has been updated with all the new features you've learned to expect from a Coassemble screen, including inline editing for rapid authoring, and SmartColor™ for perfect color schemes with zero effort! 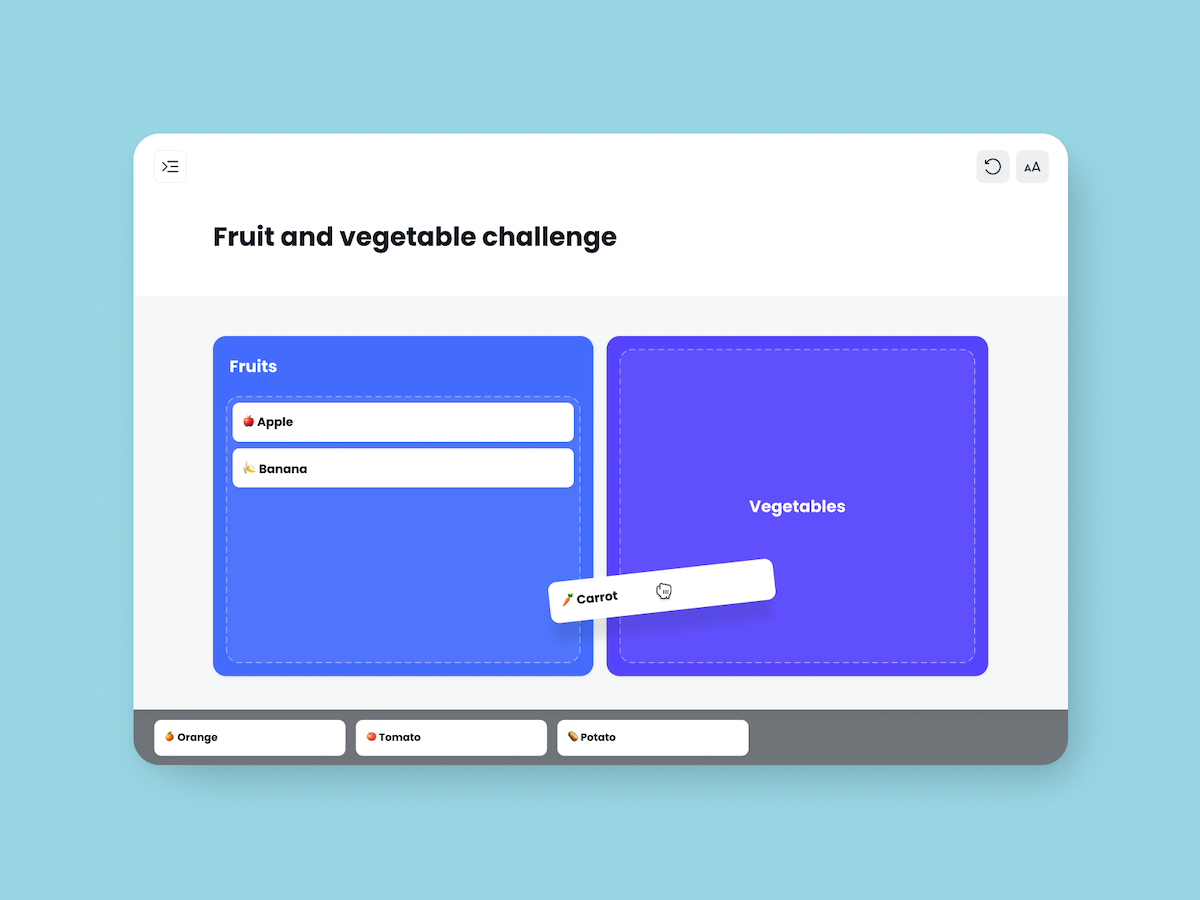 The Match category screen is designed to test your learners ability to categorize items / concepts / themes on any topic.

Watch the video below to find out how to create your very own Match Category screen.

By combining your OAuth integration with Share links, you can provide the perfect workflow for self-enrollment in your organisation.

Now when a team member clicks on a Share link, and they are logged into your Identity Provider (IDP), they will automatically be enrolled into the associated course.

Enforcing your users to authenticate with OAuth provides the perfect security for your shared courses because only the members of your organisation will be able to access them. Note, to enforce this, you will need to have the 'Force users to use OAuth to authenticate' setting switched ON.

This feature is only available on the Premium plan.

Microsoft Office 365 support has just been added to the Share (Enrollment) link login screen. Share a course link with any of your team, and they can authenticate quickly and easily using their existing Office 365 credentials. 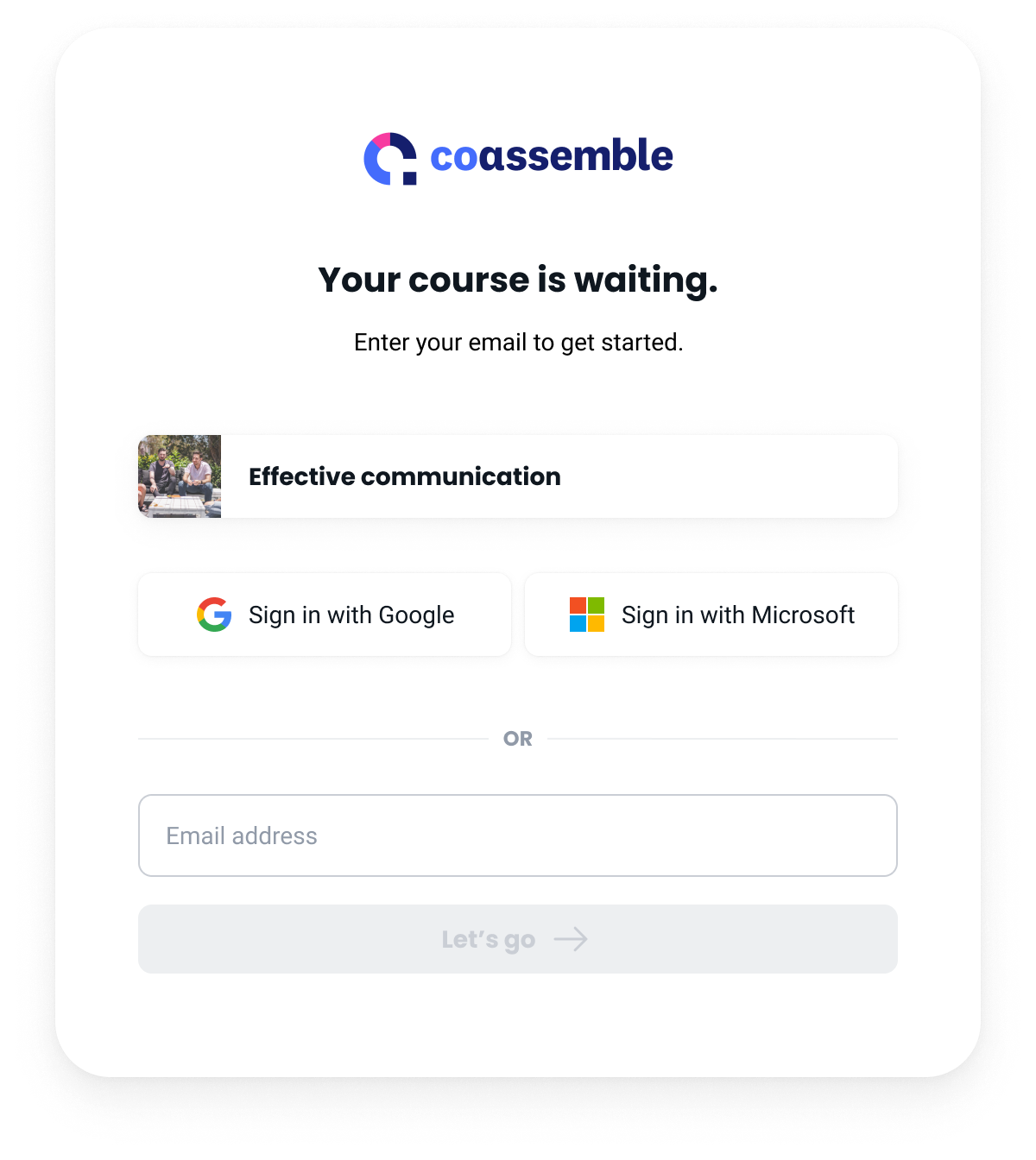 We've just released a major update to our Branching Scenario screen that not only improves the way it appears to your learners, but also makes it much easier to create.

Check out the how-to-video below to see how it works.

What is a Branching scenario?

If you haven't used our Branching scenario screen before, you're probably wondering what it is..

A branching or branched scenario, is very much like a 'choose your own adventure' story. As a learner, I am presented with a scenario that challenges me by requiring me to make a decision. Once I’ve made a decision, I am presented with a consequence — which in turn provides me more challenges and choices. With each decision made, the story unfolds in an unpredictable way until I finally reach an outcome which could be one of many.

Other than minor stylistic changes to the way the screen appears for learners, the most significant change has been made to the way you build a branching scenario. Prior to this release, the Branching scenario builder was very different to every other screen type. With this release, we've incorporated UI patterns that you will be familiar with, meaning you can spend less time learning, and more time creating.

You're probably asking, why on earth we haven't allowed users to delete courses before this point.. well, it's a very very long story, too long to post here. The great news is that now you can, so lets' all celebrate! 🎉

To permanently delete a course, go to the 'Archived courses' filter on the dashboard, and choose the delete option on the course you want to delete. 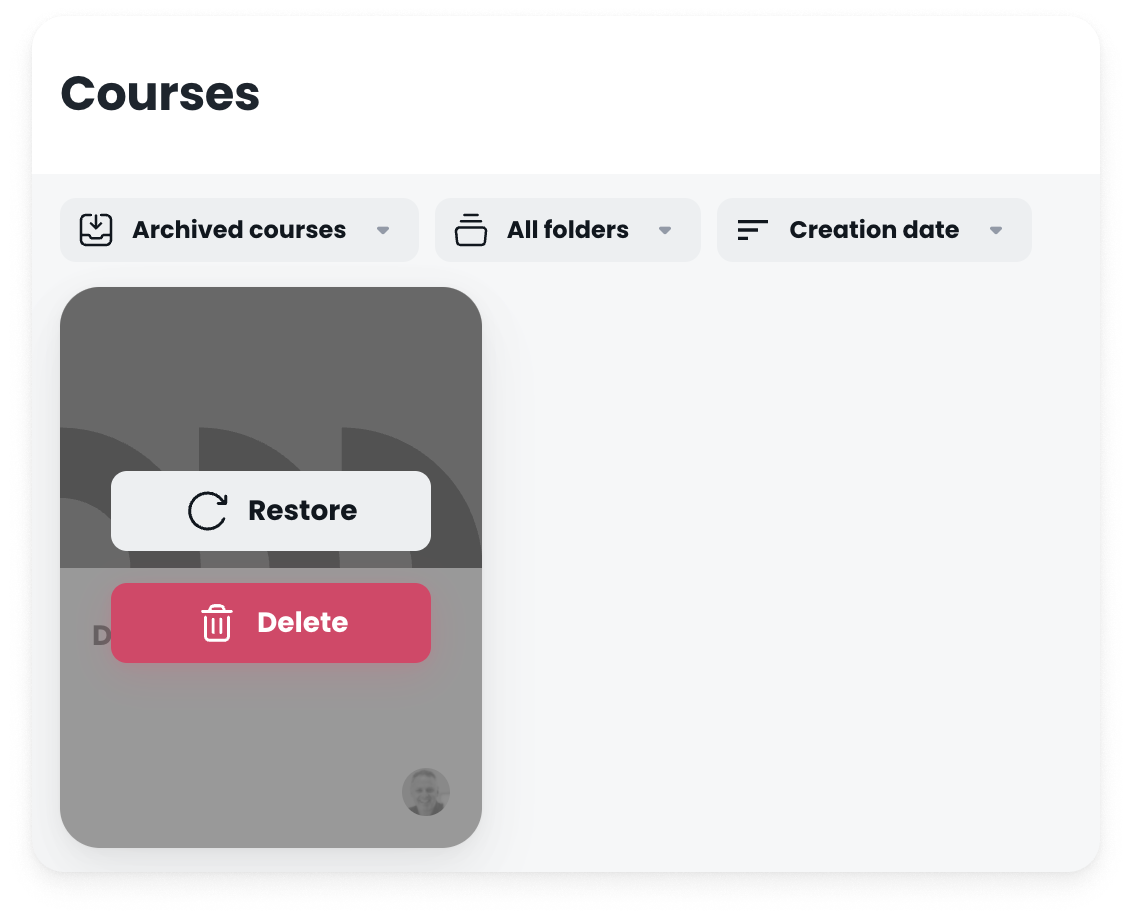 Our text editor options have been integrated into the screen options toolbar. Now when editing text, you'll be provided with a constant experience across all screens types.

How does it work?

Simply click into any editable text area, and the screen options will be replaced by the text editor options. Simples!

Today we released an amazing update to the label image challenge!  It's been completely redesigned from the ground up making it easier to create, and simpler for your learners to take.

The Label image challenge is perfect for testing the knowledge of your learners on any number of subjects.

The Form challenge screen has finally received a much needed upgrade. Functionality remains the same, but we've made it easier to create, and designed it in a way that is consistent with the rest of our course screens.

Haven't used the Form challenge before?

As you'd expect, the Form challenge allows you to use a number of form elements to create a challenge for your learners. A challenge is a screen that must be completed by the learner.

State your question with a description, or label a form element to support a series of questions that can be created using a variation of Radio buttons, Dropdown select options, and text inputs. 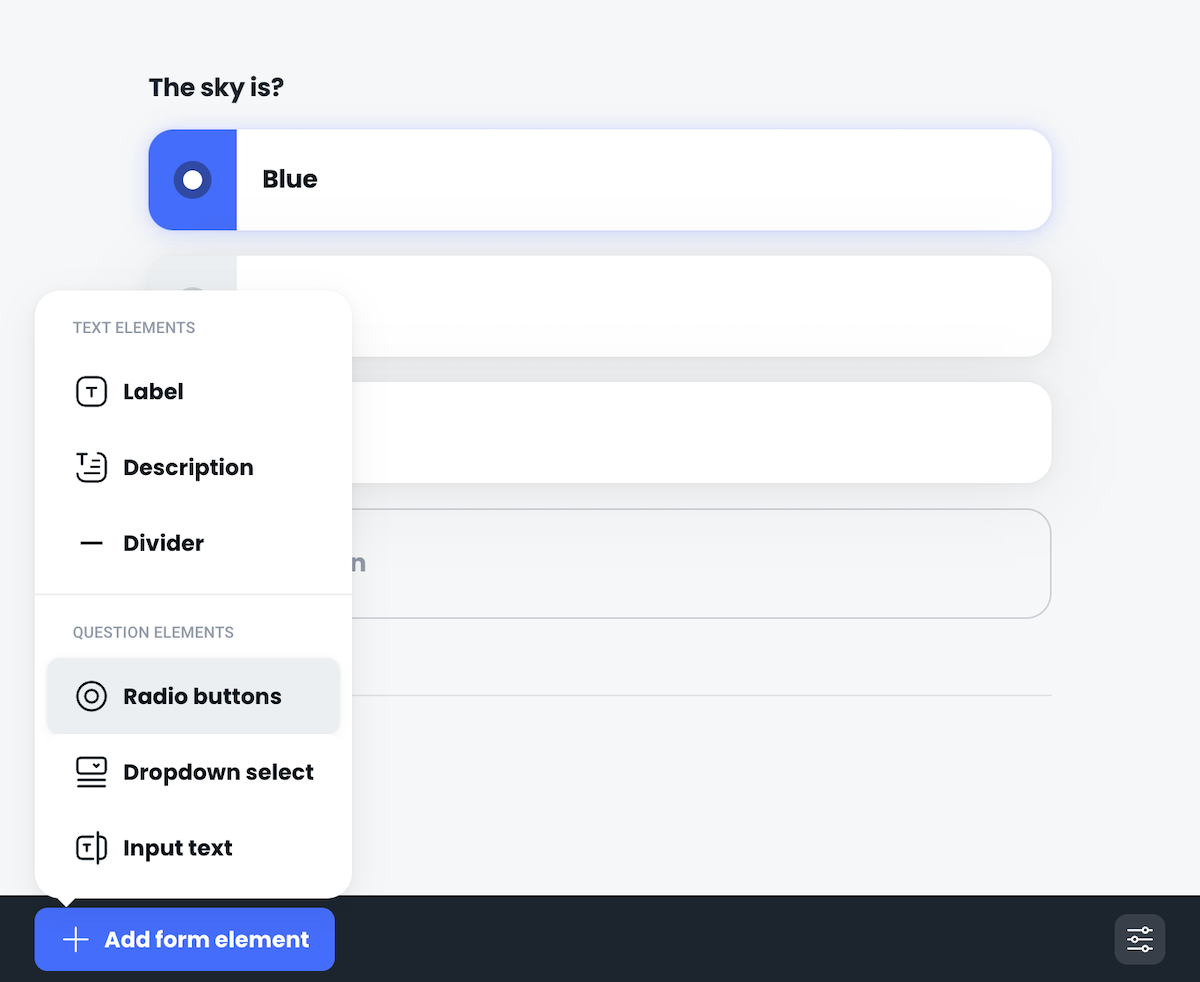 From the advanced settings menu you can re-order the elements anyway you like. You can also switch on 'Lock step' to force learners to answer each question sequentially. 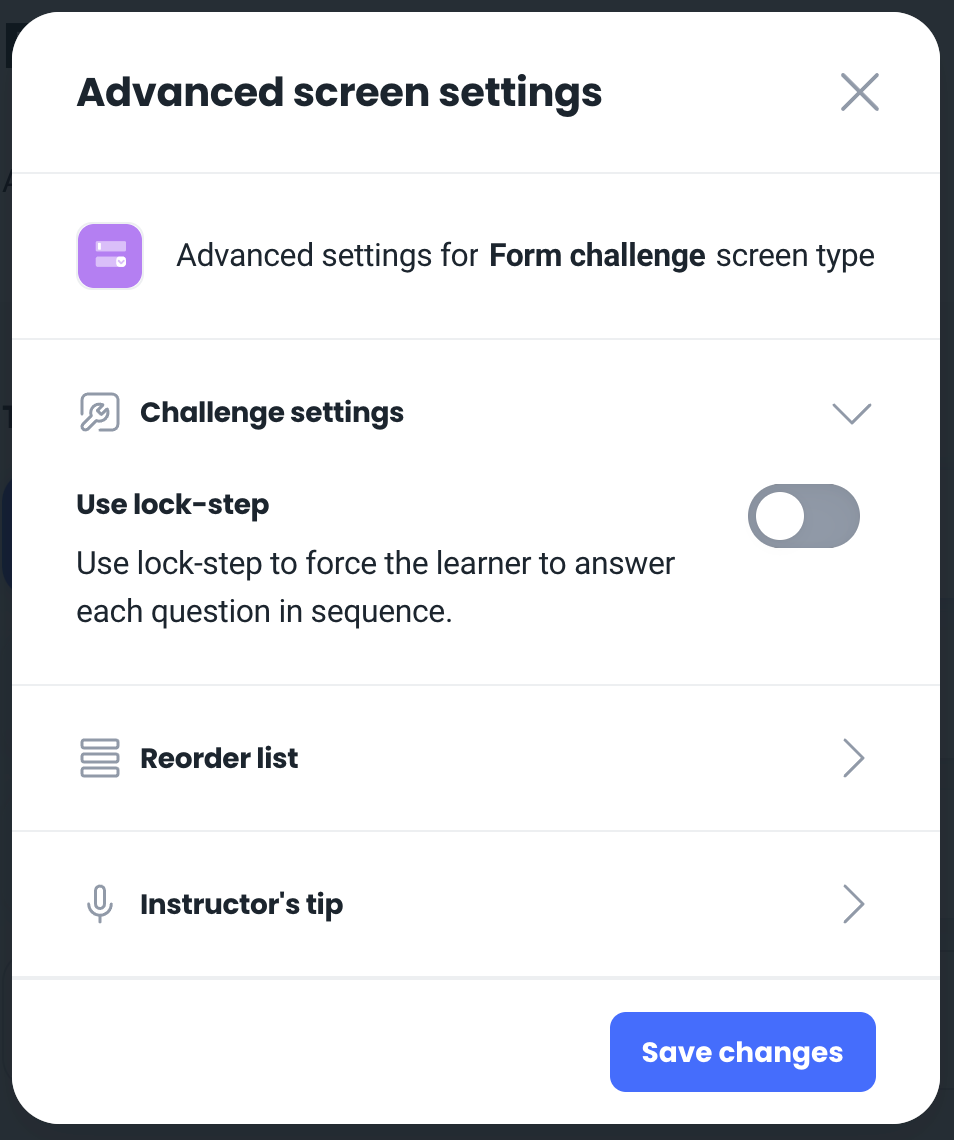